Earlier, on Tuesday, Dec. 5, my friend Bobby Ongpin wrote Balesin members and related: “I spent last weekend in Baguio with my “right and left hand men,” Mike Asperin and Rico Sison.  We woke up on Sunday morning to be greeted by a beautiful cloudless day.  It was the kind of morning typical of Baguio and its cool and fresh mountain air.  I asked Rico to take photographs of his new masterpieces, especially the views from the Clubhouse Inn and some other log homes and I am sending them to you herewith.”

“Now that the weather is beautiful in Baguio, we decided to invite our Balesin members who may be interested in seeing the project or who might be spending part of their Christmas holidays in Baguio, to come and visit Alphaland Baguio Mountain Lodges.  We will be happy to have you as our guests even for an overnight stay.”  Despite having only 12 units at the Clubhouse, Bobby offers lodging free first come, first served basis, including food, but not the wine.

Bobby is building what he calls the Forbes Park of the North.  It is his biggest project yet, a P7-billion 82-ha upscale vacation homes park, the Alphaland Baguio Mountain Lodges (ABML).

For completion in three years, the high-end property development involves the construction of 300 log cabins or mountain lodges costing from P40 million to P50 million each.   The first 21 units due this December 2017 are sold out. Well-heeled local and foreign buyers are trooping to the site, a pine-forested enclave 5,200 feet above level.  It is only 9 kms or 20 minutes from Baguio but without the hustle bustle of a busy urban center that the Pines City has become.  Construction is 24 hours to meet the deadline for discriminating buyers.

Access to Baguio has been immensely eased by Ramon Ang’s Tarlac-Pangasinan-La Union Expressway (TPLex), which extends 88.85-kms from Clark in Tarlac where NLEx ends to Rosario, in La Union.  Fully operational by June 2019, TPLEx  can now exit at Pozorrubio, in Pangasinan.  It cuts travel time from Tarlac to the Baguio City entrance from three hours to just an hour and 15 minutes.

Not many know it but Bobby Ongpin started The Highlands lodges in Tagaytay, Cavite. 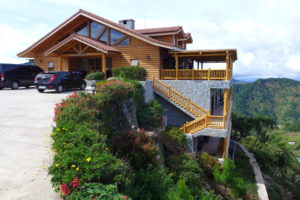 Bobby is using his Highlands experience to replicate a mountain township in Baguio.  He flew by private jet to Europe to procure logs for the lodges. Not only are the logs there cheaper, they are also of better quality because of northern Europe’s severe winters.    Sensing pent-up demand for high-end mountain villas, he has raised potential revenue in three years from P15 billion to P17 billion.

The two-story homes are arranged in clusters of five to six homes, each complete with fireplaces, water cisterns and solar roofs.  Each cluster has a genset, according to Alphaland, the developer and Ongpin’s company.

At 80, Bobby seems to have recovered from an apparent debacle following tirades by President Duterte who last year mistook him for a gambling lord and a dirty oligarch.

To protect PhilWeb, Bobby divested from the company, sold it for only P2 billion, a huge loss of P18 billion. 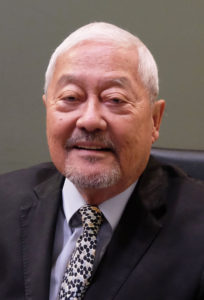 From Entertainment City in Pasay, online gambling is moving to places like Ortigas and Fort Bonifacio, in fact, to any area where there are large chunks of office space.

Ongpin or RVO does not  seem to show the wounds of his apparent financial setbacks in 2016.

His holding company, Alphaland Corp. is on a roll.  It is undertaking even larger and more ambitious projects with Ongpin providing the vision and management execution.

In February 2017, Alphaland secured a P5.5-billion loan from BDO Unibank.   “This is  the most significant development for Alphaland,” gushed Ongpin. “Aside from the obvious improvement in the financial position of Alphaland, this is a significant vote of confidence from the country’s largest bank. It tells an important story.”

By ROBERTO V. ONGPIN (Speech during the Washington SyCip’s Dinner Reception, Alphaland City Club, July 27, 2017) I’m very grateful for your presence here tonight, because tonight is the night that I want to express […]

by Tony Lopez My friend Washington SyCip, died in his sleep as he was about to land on a Philippine Airlines flight in Vancouver, Canada, Oct. 8, 2017. He was 96. Mr. Wash was an […]

July 14, 2017 BizNewsAsia Business, Spotlight Comments Off on ALPHALAND ON A ROLL