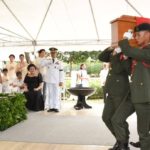 FM died in in forced exile in Hawaii on Sept. 28, 1989, a broken man, his persona and later ghost, hounded by the Yellow Army, the relatives and followers of Benigno S. Aquino Jr. who was assassinated in broad daylight at the Manila airport on Aug. 21, 1983.  The assassination, blamed on Marcos but never proven he did it, produced two Aquino presidencies—that of his widow Corazon Cojuangco Aquino, from Feb. 25, 1986 to June 30, 1992 (six years and four months) and that of their son, Benigno Simeon Cojuangco Aquino III (six years, June 30, 2010 to June 30, 2016), a total of 12 years and four months.  The two, despite awesome presidential powers, never found out nor bothered to find out, who was Ninoy’s killer/s.

The achievements, if any, of the two Aquino presidencies combined, pale in comparison to those of Marcos—in his first four years as president.

Today, President Duterte is exercising formidable political will to restore some of the sheen of the Marcos presidency and legacy, and write what he thinks is rightful history.

As a journalist, I have covered eight presidents. 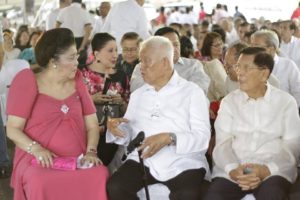 By my  reckoning Marcos should be the best president the Philippines ever had, in terms of intellectual heft (bar topnotcher), heroism (the most be-medalled soldier of World War II, even if half of the medals were based on sheer weight of affidavits), vision (he said “this country can be great again”, 52 years before Donald Trump said the same thing, “Make America Great Again”), and love for country and people (he rejected the bombing of Camp Aguinaldo to end People Power of 1986 that ousted him from office).  Marcos also refused US pressure to send combat  troops to the Vietnam war, America’s major disaster before the invasion of Iraq.

Marcos achieved rice sufficiency, built more infrastructure than all previous presidents before him, enforced an honest to goodness agrarian reform, solved the most severe energy crisis then and the most crippling foreign currency crisis, prevented the communists and Muslim separatists from dismembering the republic, and gave his countrymen a sense of purpose, vision, and their place in the family of nations. 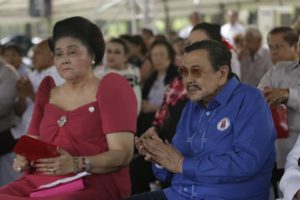 Marcos recognized China and the USSR far ahead of the United States.   He reduced the area and the 99-year lease on the US bases to 25 and made the Americans pay up to $2.5 billion per year for their use.  This bases deal plus the end of the Laurel-Langley parity agreement that gave Americans the status of Filipinos, ultimately prompted the US to help plot his removal.

Marcos was perhaps the most charismatic of all Philippine presidents when democrats were still fashionable in elections and statecraft. He embodied the best in the modern Philippine leader and was the nearest epitome of a great president.

He was a scholar with a keen sense of history, a genuine war hero with more medals than Audie Murphy, a bar topnotcher even while reviewing in jail, a great orator with a booming baritone, endowed with a political ideology and an eidetic memory (he once delivered a prepared speech to a joint session of the US Congress direct from memory). He had zeal and fervor to make his country great.

FM entered politics in 1949 and campaigned for congressman promising his northern Luzon common folk: “Elect me your congressman now and I’ll give you an Ilocano president in 20 years.” He won as congressman and went on to serve for three terms.  He was elected senator in 1959, was reelected in 1963 and became Senate president.

He was elected president in November 1965 and won reelection in 1969, the first president to do so. In 1972, he declared Martial Law, ensuring his rule for 20 years, the longest by any Philippine president.

Aside from the usual gripes about corruption and dictatorship, Marcos was notable for many things.

Marcos was the first president to achieve rice self-sufficiency, the first to score a 9.8% economic growth, the first to manage the country’s energy problem properly, the first to design a major industrialization program, and the first with a genuine land reform with all-encompassing target of land transfers. Average GDP growth during his 20-year regime was 3.8% and inflation 10.3%.

According to then Senate President Juan Ponce Enrile, a close ally of 21 years before he rebelled against him in 1986, “Minus the alleged corruption, Marcos was the most productive president we ever had.”

Many of the plans being followed for the present infrastructure of the country were products of the Marcos period. 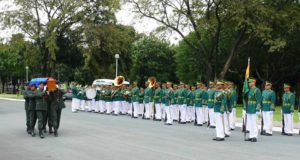 “In the field of international relations, Marcos initiated the one-China policy to the chagrin of Taiwan, opened relations with Moscow, shortened the lease on the American bases from 99 to 25 years, reduced the hectarage of the bases, and required the Americans to pay rent. He was able to preserve the national integrity in spite of the MNLF. He initiated the first tax amnesty, which was the most successful tax amnesty and initiated the coco levy system to replace the aging coconut tree population. Today, the coco levy is now worth P100 billion. He brought the country closer to many countries because of his adoption of satellite.  We solved the rice crisis, the cooking oil shortage, the gasoline crisis. Without the stain of corruption, Marcos was a great president,” Enrile told me.

Because he could issue decrees and letters of instructions, which had the impact of laws, Marcos became a one-man Congress.  He became a dictator.

Martial law lasted for nine years, until 1986.  But Marcos could issue decrees even after the lifting of the emergency rule and remained a dictator—until his ouster on Feb. 25, 1986. During 14 years of Martial Law, the opposition then claimed up to 10,000 people became victims of human rights violations. For fewer numbers of alleged victims could be validated until BS Aquino offered cash to anyone who claimed he was a victim.   The claimants rose to  more than 35,000.

Still, among all Philippine leaders of all time, Marcos is today, No. 2 in the esteem of our people, according to one survey.

It took the latest in war technology, more than P50 billion in cost, and a longer time frame — four months and three weeks (148 days) — to score victory in Marawi against insurgents wanting […]

Economic growth, as measured by the expansion in the country’s output of goods and services (Gross Domestic Product or GDP), slowed down in the second quarter of 2018. The economy grew by just 6% in […]

This year, San Miguel Corp.’s P735-billion massive airport project in Bulacan will be subject to a Swiss challenge. I don’t know why that kind of project approval by the government is named after the Swiss […]