Many suspect corruption was the motive behind the massive purchase of Dengvaxia vaccine, to raise money to help fund the Liberal Party’s bid to retain the presidency, thru Mar Roxas, in 2016.  The Senate Blue Ribbon Committee wondered:

“Final payments to Zuellig indicate that the total payments of government for Dengvaxia was not P3 billion as indicated in the NCA, but P2.8 billion, also indicating P200 million unaccounted for. We wonder where it went.”

IF one were to make a litany of Benigno Simeon Cojuangco Aquino III’s crimes against the Filipino people during his now unlamented six-year presidency, (2010-2016) and there are many, two stand out in sharp relief.

One, he appointed, in August 2012, one of the most unpopular and unqualified chief justices ever, Maria Lourdes P. A. Sereno.  By so doing, he destroyed the judiciary, the third and many believe, the most powerful branch of the government.  The Supreme Court is at the top of the judiciary.  What the high court says is the law of the land, even if what it says is wrong.

Two, in early 2016, in the heat of the presidential election campaign, President Aquino hastily procured, for a whopping P3.5 billion a virtually untested anti-dengue vaccine, Dengvaxia, produced by Sanofi, a French multinational drug behemoth with not-so-lily white a reputation, and  turned innocent and hapless 830,000 Filipino children into guinea pigs by authorizing their vaccination with Dengvaxia.

Many suspect corruption was the motive behind the massive purchase of Dengvaxia vaccine, to raise money to help fund the Liberal Party’s bid to retain the presidency, thru Mar Roxas, in 2016.  The Senate Blue Ribbon Committee wondered:

“Final payments to Zuellig indicate that the total payments of government for Dengvaxia was not P3 billion as indicated in the NCA, but P2.8 billion, also indicating P200 million unaccounted for. We wonder where it went.”

The money used to buy the vaccines came not from the Department of Health’s vaccine purchase budget, but from a special fund that should have been used as salaries of new government hires.  And the Dengvaxia vaccine was apparently overpriced.  In other countries, like Brazil and India, the same vaccine could be bought at a much lower price.  In Brazil, its estimated cost is $42 per three doses; the Philippines, $60.

But why would Aquino risk the lives of hundreds of thousands just for a small sum of electioneering money?  Isn’t this the equivalent of selling Jesus’s head for 30 pieces of silver? 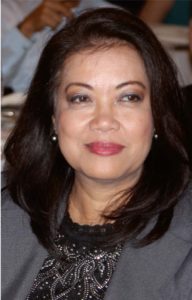 Chief Justice Sereno is now the subject of two ouster moves.  The first is before the Supreme Court where the government has filed a quo warranto case against her for non-filing of her Statement of Assets, Liabilities, and Networth (SALNs) at least 11 times (in 1998, 2002, 2006, 2009, plus seven years, from 2010 to 2016).

These covered her years as a government professor at the state University of the Philippines and a justice of the highest court of the land.   For the first time in its history, the Supreme Court will judge if chief justice is qualified for the position or not.  Thirteen of Sereno’s 14 colleagues in the high court are hostile to her.  A majority vote is enough to remove her and declare her a usurper to the position of chief justice.

A quo warranto demands by what right or warrant is Sereno holding on to the position of chief justice when she was not qualified to the position in the first place, or from the very beginning.  The filing of SALNs is a mandatory requirement for government officials.  And having filed one’s SALNs is a basic requirement, under the law and the Constitution, for candidates (who are government officials) for the position of justice and chief justice of the Supreme Court.

Solicitor General Calida insists that a person who does not file his/her SALNs, not once, not twice, not thrice, but many times, lacks “proven competence, integrity, probity and independence”, qualities required of Supreme Court justices.   The late Chief Justice Renato Corona was convicted by the Senate, in 2012, for his failure to declare deposits and certain assets in his SALN.

Sereno’s lawyer, Alex Poblador, warned the SC justices during the single hearing on the quo warranto case, April 10: “It (quo warranto) will set a very dangerous precedent and destroy the independence of the judiciary and the separation of powers.”

Indeed, adds former senator and Manila Times columnist Francisco “Kit” Tatad: “It would destroy the Constitution by putting the SC justices above it. Should the President (Duterte) disagree with the action of the justices, a grave constitutional crisis would arise between two of the three co-equal and coordinate branches of government. But should the President and the justices find themselves in agreement, it would be the end of the Philippines as a democratic and republican state, in which ‘sovereignty resides in the people and all government emanates from them’. The Constitution could be vaporized forever.”

The second ouster move is being initiated by the House of Representatives.  In May this year, if not earlier or later, the House, by a vote of at least a third of its members will impeach Sereno.   Upon impeachment, the House brings the case before the Senate which must either exonerate her or declare her guilty.  A guilty verdict requires the two-thirds vote (16 senators) of all members of the Senate.  There are 22 sitting senators; one is in jail (Leila de Lima who claims she is entitled to vote).   Aquino’s Yellow party, the Liberal Party, has six members.  They need only one more vote and Sereno keeps her job.

This makes the quo warranto case an easier hurdle. Only the votes of seven justices are needed to oust Sereno.  As we said, 13 justices are hostile against her, maybe because Sereno has legendary EQ (emotional quotient) problems (she got a failing grade in her psychiatric test for chief justice) and because she violated the Supreme Court’s ironclad rule on en banc decisions.

The writ of quo warranto is being sought by Solicitor General Calida “to question the validity of her appointment; in turn, the impeachment complaint accuses her of committing culpable violation of the Constitution and betrayal of public trust while in office. Stated differently, the petitioner is seeking her ouster from her office because she did not prove her integrity as an applicant for the position. The complainant in the impeachment proceedings wants her removed as the sitting Chief Justice for impeachable offenses.”

Why Aquino is culpable in Dengvaxia

Back to Dengvaxia.  The Senate’s anti-graft probe body, the Blue Ribbon Committee, led by Senator Richard Gordon has made a litany of Noynoy Aquino’s culpability.  Here are they: 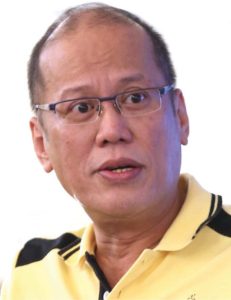 Thus, the DOH could not perform its mandate under the law. Under the Administrative Code, the State is mandated to “protect and promote the health of the people… endeavor to make essential goods, health and other social services available to all the people at affordable cost; [and] establish and maintain and effective food and drug regulatory system.”

The President should have been able to rely on the DOH. Under the law, the primary function of the DOH “is the promotion, protection and delivery of health services and through regulation and encouragement of providers of health goods and services.”

Moreover, Aquino should not have allowed Garin to hold concurrent positions as the Secretary of Health and as Officer-in-Charge of FDA. This is a clear violation of Art. VII, Sec. 13 of the Constitution, which provides that, “[t]he President, Vice-President, the Members of the Cabinet, and their deputies or assistants shall not, unless otherwise provided in this Constitution, hold any other office or employment during their tenure.” Later on, Garin would appoint her friends and favorites to the FDA. This is where the system failed. As one former Secretary of Health had said, one should not mix health and politics.

THE “PEPE” AND “DEDE” OF GOVERNANCE AND FEDERALISM

President Duterte says the economy is in the doldrums. He is right. Duterte said on June 22 that the situation in the provinces had become a problem. Projects were barely progressing. It shows how bad […]

According to the late Ramon Magsaysay (who was president from Dec. 30, 1953 to March 17, 1957), “the President should set the example of a big heart, an honest mind, sound instincts, the virtue of […]