For five years, revenues shall be allocated to fund the following:

Incremental revenues from petroleum excise tax will go to:

Incremental revenues from sweetened beverage tax will go to:

Remaining revenues will go to: 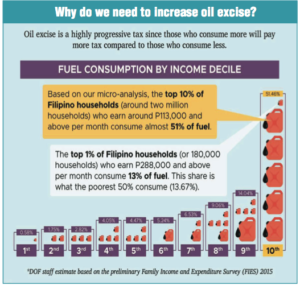 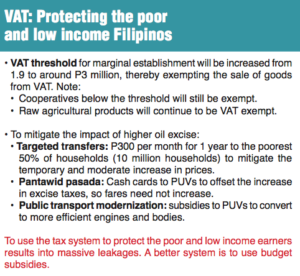 PASSIVE INCOME AND OTHER TAXES

*  The Department of Finance (DOF) is still computing the revenue impact of this version but more or less P130 billion, similar to House Bill 5636.

Jimmy Bautista’s focus on his vision remains as sharp as his skills as a financial whiz kid.   The president of flag carrier Philippine Airlines wants it to be a five-star airline or among the […]

July 14, 2017 BizNewsAsia Business, Spotlight Comments Off on ALPHALAND ON A ROLL